Football can easily pass for the most popular sport in the United Kingdom and one of the best football destinations in the region.

When football fans hear the name Manchester, I daresay that just two teams come to their minds, especially fans of the Premier League who reside outside the United Kingdom.

How many Premier League teams are in Manchester?

Owned by the Glazer Family, namely, Avram, Joel, Kevin, Bryan, Darcie, and Edward Glazer, and presently managed by Ralf Rangnick and set to be replaced by Ajax Boss Erik Ten Hag according to reports.

Owned by Sheikh Mansour and presently managed by Pep Guardiola. They are the defending Premier League champions and are on the right track to defend their title in the 2021/22 season.

What is the finest and most decorated football club in Greater Manchester?

Manchester United is the most successful club in Manchester in terms of trophies won. United has won the Champions League, the Europa League, the Club World Cup, and the UEFA Super Cup.

I’m sure fans of the Premier League would be surprised to see the third and fourth teams on the list.

The positive is that they are not unfamiliar names having played in the Premier League before suffering relegation. Meanwhile, both teams presently participate in EFL League One, the third tier of English club football. 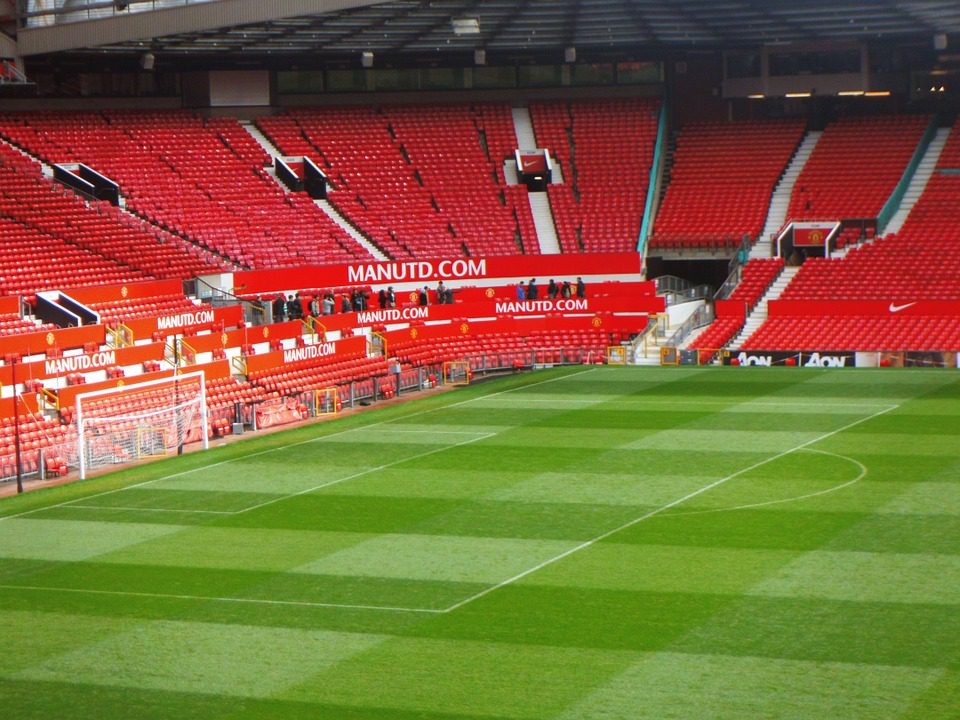 They are also known as The Red Devils,” and grew from a local club to a global brand, becoming one of the most successful soccer clubs not just in Manchester, but in the world.

Manchester United has won more trophies than any other club in the country, making them one of the most successful English football teams in history.

On the European stage, the club has also won a number of trophies to add to its collection.

In 1998–99, United became the first English club to win the continental European treble. They are also one of the clubs with the most fans worldwide as a result of their success over the years.

Manchester United is one of Europe’s most successful soccer teams in terms of trophies won.

United dominates the domestic landscape in England, and the club is also one of the most successful in history on the international stage.

Man United has won the most Premier League titles (20) than any other club in the country.

In terms of overall titles, the club’s first Premier League title, won at the end of the 1992–93 season, was the ninth.

Manchester United was the first club in the newly formed Premier League’s history to win the title at the end of the 1992–93 season.

The English Premier League was created in 1992, and Manchester United was the first team to win the title at the end of the 1992/93 season.

The next year, in 1994, Manchester United successfully defended their title.

They last won the English Premier League in the 2012–13 Football League season in England and since then have been a shadow of themselves as they’ve not been able to hire a manager to replicate Alex Ferguson’s successes at the club.

With 12 titles, United is the second-best team in the history of the English FA Cup, trailing only Arsenal.

With over 21 FA Community Shield titles, Manchester United is the most successful team in the competition’s history.

United has won over seven trophies in the contemporary period, which began in the 2000s.

United’s position as one of the top football clubs in Europe is not a claim, but rather a result of the club’s efforts.

Manchester United won the FIFA Club World Cup following an outstanding season in Europe. The club qualified for the club World Cup by winning the UEFA Champions League in 2007/08.

Other European trophies won include:

However, the two tournaments are no longer in existence.

Manchester United has a few bitter rivalries in both England and Europe. In the current era of football, the club has major rivalries with teams such as Manchester City, Arsenal, Liverpool, and Leeds United.

This is one of the most anticipated English Football derbies in recent memory. The two teams are currently among the most powerful in the country and the Blues being referred to as the Noisy Neighbors by Alex Ferguson spiced up the encounter.

Manchester United is far ahead of City in terms of pedigree, the number of championships won, and historical exposure.

The two clubs are currently among the most powerful in world football. Man City has been completely revamped after its purchase by City Football Group.  The first derby between the two teams took place in 1881.

The teams had played 187 matches across all competitions as of August 30, 2021. Manchester United has won 77 games, Manchester City has won 57 games, and 53 games have resulted in a draw.

Man United has a record 66 major titles, whereas Man City has 29 major trophies.

In England, Manchester United and Liverpool have a high-profile inter-city rivalry. It is widely regarded as one of the world’s greatest football rivalries.

The first time the clubs met was in an April 1894 Football League test match, which Liverpool won. The two clubs are the most successful English football clubs on the European and global stages.

Presently, Manchester United leads the rivalry with 81 victories to Liverpool’s 69, with the remaining 58 meetings ending in a draw.

Manchester United and Arsenal have played each other numerous times in English football history. Since the commencement of the Premier League era, the rivalry between the two teams has been heated but has watered down in recent times.

The match between the two sides at Manchester United’s home pitch is known as the “Battle of Old Trafford.” Former managers of both clubs, Sir Alex Ferguson (United) and Arsene Wenger (Arsenal) had a heated rivalry. 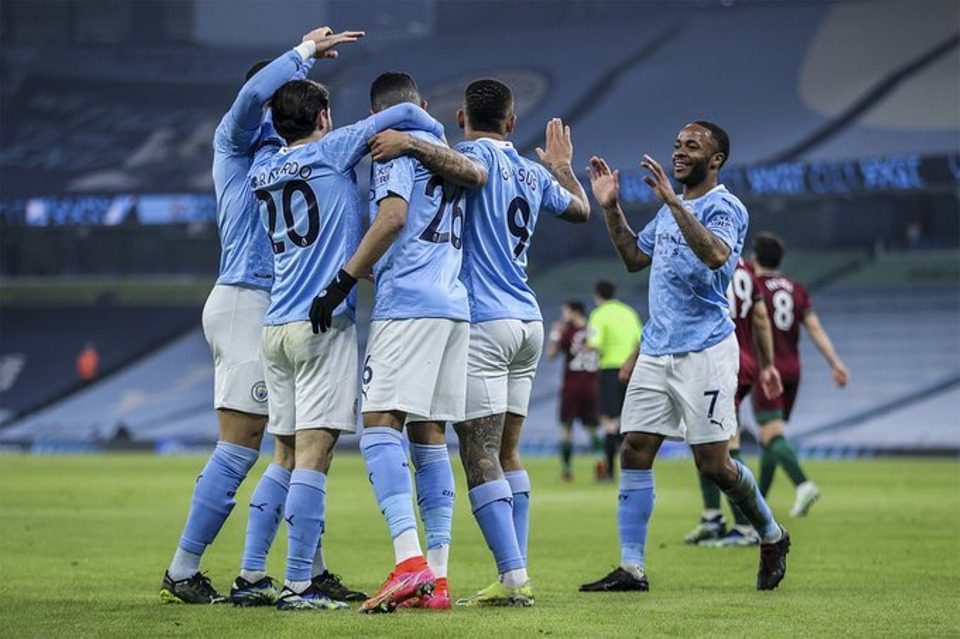 In 1894, the club was renamed Manchester City.

Manchester City won its first championship in 1904 with the FA Cup.

Despite being founded in the late 1960s, the team has won the Premier League, European Cup Winners Cup, FA Cup, and EFL League Cup.

In 2019, Manchester City sent a statement across the Premier League by winning four trophies.

Manchester City is one of the most successful teams in England in terms of trophies won, and it is also one of the most decorated teams in the country. It can be said that they also play the best brand of football in the Premier League under Pep Guardiola.

During the 2018–19 season, Manchester City became the first football club in England to win all of the major English titles in a single season.

In the 2018-19 season, Manchester City won the Premier League, FA Cup, and League Cup, as well as the FA Community Shield.

The Citizens won the Premier League in the old National Division twice, the first time in 1936–37 and the second time in 1967–68.

Manchester City has won five titles in the English Premier League era, for a total of seven trophies. The Cityzens won the championship two years in a row, in 2017–18 and 2018–19.

Manchester City is currently one of England’s most prestigious football clubs.

The rivalry between Manchester City and Liverpool

READ: Ten big-name players that flopped in the Premier League

The Cityzens developed a noteworthy rivalry with Liverpool FC, which is now regarded as one of the world’s biggest football rivalries.

Since the arrival of Pep Guardiola, the club has progressed from a typical Manchester club to a worldwide known side in terms of team, individual player qualities, and so on.

The rivalry between Liverpool and Manchester City was visible throughout the 2018-19 season when Man City won the Premier League title by a single point over The Reds.

They’ve also renewed the rivalry in the ongoing 2021/22 season as just one point separates both sides on the log with just 7 games to go. The game billed as a showpiece between both sides took place on April 10, 2022, and ended in a 2 all entertaining draw at the Etihad ensuring that the Citizens remain at the top.

The Manchester derby is one of the world’s greatest local rivalries.

The two teams are just a few miles apart and compete in top English competitions such as the Premier League, EFL League Cup, FA Cup, and the UEFA Champions League on a continental level.

Other notable rivalries for Manchester City in the United Kingdom include:

Bolton Wanderers Football Team is a professional English football club headquartered in Bolton, Greater Manchester, that plays in the EFL League One.

The club was founded in 1874 as Christ Church Football Club, and three years later it was renamed Bolton Wanderers.

The team has won the EFL Championship, and the FA Cup, and made significant participation in the UEFA Europa League.

Wigan Athletic Football Club is a professional football club in League One based in Wigan, Greater Manchester.

The club was victorious in the FA Cup. Wigan Athletic was a member of the UEFA Europa League. Football in Manchester is being dominated by Pep Guardiola’s Manchester City in recent times. They are the team to beat in Greater Manchester and in England. They continue to improve and dominate the Premier League but the same can’t be said of their local rivals.

Manchester United, on the other hand, has been on a decline since the departure of Alex Ferguson and has been blowing hot and cold.

No manager has been able to bring them back to their era of dominance and despite the acquisitions, they’ve made in supposedly quality players, coupled with the return of Cristiano Ronaldo.

They are in danger of finishing outside the top 4 at the end of the ongoing 2021/22 season. The Red Devils are presently glorying in their prestige as they’ve not made any significant achievement in recent years. Regardless, we’ve thrown more light on Manchester soccer teams as well as the biggest clubs in Manchester.