Soccer is an entertaining sport and it also has superstars that entertain and excite fans, especially the female folks with their performances on the pitch, as well as their looks.

In this article, we won’t be looking at the ridiculous hairstyles, but at the exciting ones that have caught the eye, alongside the performances of the owners on the pitch.

Long hair soccer players are a thing and here we will be looking at some of the best soccer players with long hair in 2023. This list of long-haired soccer players comes in no particular order, just enjoy the list and tell us if we missed any in the comments section. 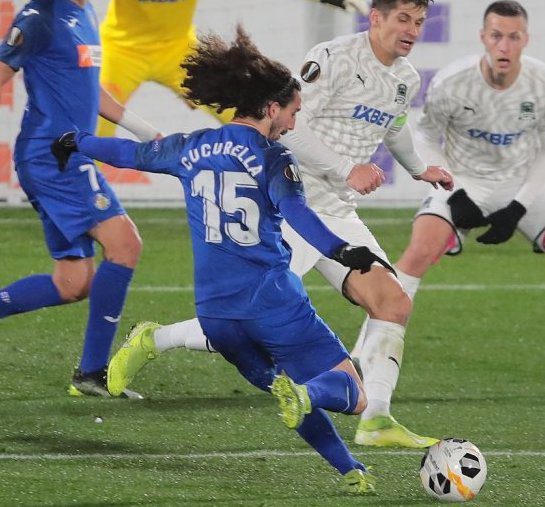 The exciting Marc Cucurella is a Spaniard who plays as a left-back for Premier League outfit Chelsea after making a summer move from Brighton and Hove Albion in August 2022. The Spaniard was a mainstay as well as one of the best fullbacks in the Premier League in the 2021/22 season.

The player’s hair length and style in place are one of the traits that make him stand out and stay conspicuous when in action for Brighton and now at Chelsea. 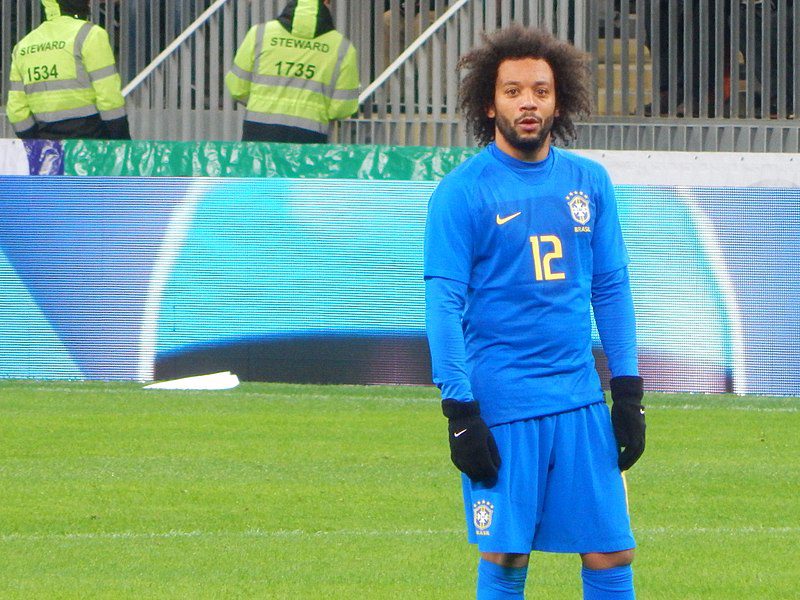 It is a no-brainer that the former Real Madrid man is one of the legendary fullbacks presently in soccer and makes our list of soccer players with long hair. His hairstyle can be compared to the style worn by other Brazilians like Willian and David Luiz.

Marcelo’s hair appears to have been blown and this is an indication that the Brazilian star has long hair. He has established himself as one of the best fullbacks in soccer in the last decade and makes the list.

Meanwhile, it should be known that he presently plays for Greek outfit Olympiacos.

Darwin Nunes is an Uruguayan footballer who signed for Liverpool as one of the big-money signings under Jurgen Klopp ahead of the 2022/23 soccer season.

The striker has been spotted wearing long hair in the Reds’ pre-season adventures and it is only right that he should make the list of our best long hair soccer players in 2022.

He is one of the signings that will be watched out for in the 2022 season as he would be expected to hit the ground running at Anfield. 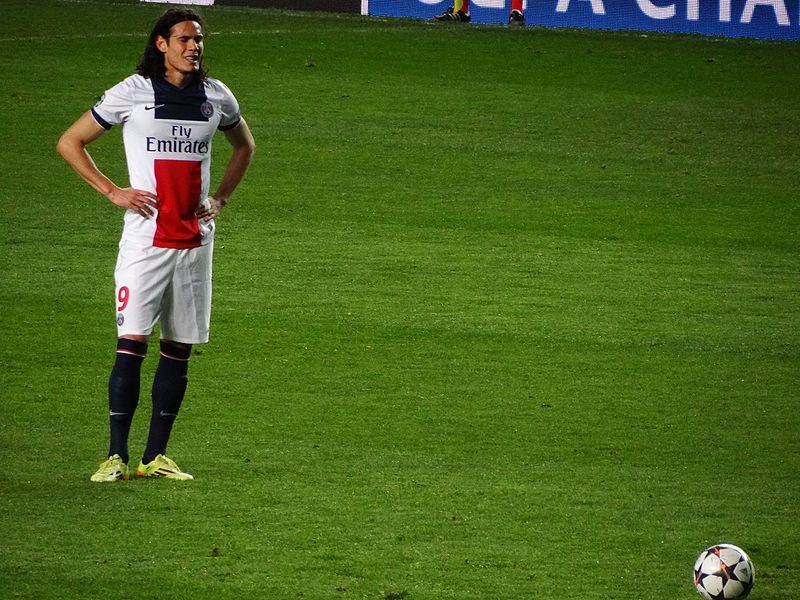 Arguably one of the most lethal veteran strikers in Europe and just has to make the list.

Although he hasn’t blown as hot as anticipated with Manchester United in the Premier League, the Uruguayan’s inclusion in our list of soccer players with long hair cannot be disputed as his style is obvious right from his time with Napoli. Edinson Cavani currently plays for Valencia in La Liga.

Erling Haaland is one player whose hairstyle is very rare amongst footballers, although it resembles the one worn by the Big Swede Zlatan Ibrahimovic at a point in his career.

The Norwegian striker is now in the Premier League with Manchester City and has quickly settled in thus far in the 2022/23 Premier League season with 10 goals and 1 assist in 6 games, including two hat-tricks.

He has also been impressive in the UEFA Champions League with 2 goals in 1 game for the Citizens. It’s still early days and we all know that Haaland will only get better and achieve devastating figures under Pep Guardiola. He is unarguably one of the best long hair soccer players on our list.

The Spaniard’s transformation from his early Arsenal days to a player with long hair in recent times cannot be overlooked although he has not lived up to the hype that surrounded him when he broke out at the Emirates.

He has also proven to be a fashionable player in recent times. Bellerin currently plays for La Liga giants Barcelona but ha made just 3 appearances for the Catalan club thus far.

READ: What is a Box-To-Box midfielder in soccer? What you should know

The towering Dutch center-back who plays for Liverpool just has to make this list. Van Dijk has been a formidable opponent for forwards in the 18-yard box and has been very consistent under German manager Jurgen Klopp.

His long hair cannot be disputed and he will be looking forward to making history with Liverpool in the 2021/22 UEFA Champions League final against Real Madrid.

Another towering veteran striker who has been very impressive and played his part in AC Milan’s Serie A triumph in the 2021/22 season. He has stood the test of time over the years across several countries and is still one of the best in the game despite his age.

The Big Swede has long hair that shares some similarities with Liverpool defender Virgil van Dijk. He is 39 and his success with AC Milan in the 2021/22 season speaks volumes.

The Croatian midfielder makes our list of the best soccer players with long hair in 2022 and this comes as no surprise considering the significant part he played in Real Madrid’s 2021/22 La Liga triumph under Carlo Ancelotti.

They won the league with games to spare and are also in the final of the 2021/22 UCL competition.

READ: How Many Soccer Seasons Are In A Year?

His assist to Rodrygo in the game against Chelsea that ensured that Los Blancos remained the competition ahead of the defending champion is still being spoken about.

He has maintained his long hair look for years now and just has to be mentioned here.

Gareth Bale may not be having his career going as expected at the Bernabeu in recent times but continually shows his world-class quality whenever he plays for Wales on international duty.

The Welshman has undoubtedly established himself as one of the best British players to play the game and should be held in higher regard after he led Wales to Qatar 2022 via the playoff round although they couldn’t make it past the group stage.

Let’s also not forget that he made significant contributions to Real Madrid’s domestic and continental successes in recent years.

READ: What is the job of a Winger in Soccer?

The Spanish veteran defender currently plays for Ligue 1 giants Paris Saint-Germain in France. Ramos has long hair and this has been very obvious via his looks in his last days at Real Madrid and now at PSG.

Sergio Ramos is one of the best-ever defenders to play the round leather game and this cannot be disputed. His career stats, achievements, and numbers from his time with Spain and Real Madrid speak volumes.

The Manchester City star has had a mixed first season at the Etihad after a record-breaking move from Aston Villa. Regardless, he played his part in the Citizens’ 2021/22 Premier League success as they refused to falter in Liverpool’s marathon pursuit.

READ: The 7 Fastest Soccer Players In The World In 2022

His hairstyle is a unique one and is a pointer that the Englishman has long hair and should make our list of soccer players with long hair in 2023.

This is a household name all over the world in soccer. Ronaldinho carved a niche for himself as one of the best players in the world in his time and also had long hair during his playing days.

He played for the likes of Paris Saint-Germain, AC Milan, Barcelona, and the like. He played major roles in winning silverware with those teams and also won major laurels with the Samba Boys of Brazil.

Tomas Rosicky was one of those players with a cool look but would do damage to the opposition team if they allowed him time on the ball.

The former Czech Republic midfielder was an exciting player and proved his abilities in the German Bundesliga with Borussia Dortmund and in the Premier League with Arsenal.

He is one of the famous soccer players with long hair although he trimmed it in the latter stages of his career. He deserves a mention on this list.

READ: All Muslim Players In The Premier League In 2023

Talking about soccer players with long curly hair in the past, very few would make it ahead of the Argentine defender Fabricio Coloccini.

He played 39 major games for Argentina and fans of the Premier League won’t be quick to forget him for his time with Newcastle United. He spent the majority of his career with the Magpies before returning to Argentina to play for San Lorenzo and Aldosivi

His long curly hair was conspicuous and he could easily be spotted in a game regardless of if he had the ball in his possession or not.

Other notable soccer players in the past that had long hair include:

The aforementioned soccer players are the best players with long hair we have seen thus far both presently and in the past. Meanwhile, If you find any notable long hair soccer players missing from the list, do well to call our attention via the comments section.