The long-awaited 2022/23 football season across Europe has begun with action in the Premier League, La Liga, Serie A, Bundesliga, Ligue 1, Portuguese League, Eredivisie, and the likes. Therefore, we will be providing you with the best teams in the 2022/23 season as it progresses.

Meanwhile, scroll down to see the top 10 best teams in Europe and the top 22 best clubs in the world from the 2022/23 football season. Our method of ranking is explained in the article and has proven to be 100% valid.

Footiehound’s European Club Rankings table is a points-per-game system that combines the top teams from the top 7 ranking leagues in Europe based on the UEFA Country Coefficients system and it ensures that the best teams on current form are known at any point in time in a season. These are arguably the best clubs in the world in 2022.

We take into consideration, the metric of the quality of the opposition faced across the various leagues included. This is because allotting the same points per game to all the teams put the ones in the lower leagues on par with the sides in the more competitive leagues and this shouldn’t be. 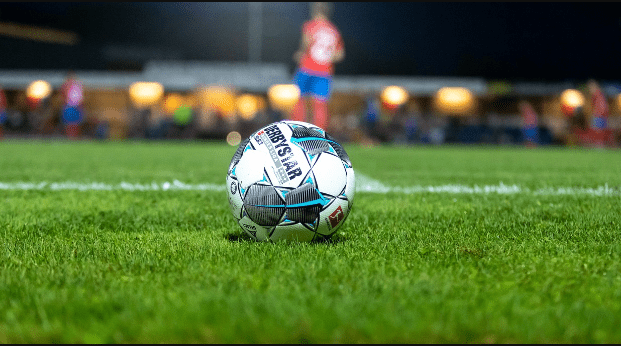 It’s a no-brainer that the clubs in the top 5 leagues have some very tough opponents and this is reflected in the number of teams that make it to the UEFA Champions League at the end of the season.

Their performance in the competition is another factor as they do better. The point is that the quality of opposition differs and gets better from bottom to top in the UEFA Country Coefficients Ranking. Hence, there must be more balance.

Therefore, we’ve come up with this point allotment to make it more balanced than it was initially. We’d be allocating 3.5 points for a win to the teams in the top 4 of the UCCR.

It’s basically those leagues with 4 guaranteed teams in the UEFA Champions League and 3 points to those with just two guaranteed UCL participants as we’re not giving any consideration to the playoff positions.

Our European Club Rankings table works with a points-per-game system as mentioned earlier. Leagues with 4 UCL participants have 3.5 points per game for a win while the rest have 3 points. Find below the top 10 best clubs in the world below.

Meanwhile, the teams in the full table below are placed in no particular order in comparison to the top 10 best clubs in the world standings. However, a careful perusal will ensure you see the team that has the highest points per game after every matchday across Europe.

PPG stands for Points Per Game

If you were ever at a loss on how to get football news on the most in-form team in Europe 2021 based on points-per-game, then this statistics table is ideal and will help you conclude on the best teams in Europe 2022 and the top 10 best club in the world at any point in time with regards to PPG.

RANKING OF THE BEST GOALKEEPERS IN EUROPE 2022

This system is necessary as the level of playing standards and competition differ in the Premier League, Bundesliga, Eredivisie, Ligue 1, La Liga, Portuguese Primeira Liga, and Serie A. The number of teams that participate in a season in each league also varies.

Some leagues have 20 clubs participating, some have 18, and some have 16. Therefore the points-per-game system will provide a level playing ground for ranking them when implemented.

This system will help you know the best team in Europe on current form at any point in a season. You’ll easily arrive at the most in-form team in Europe with the points-per-game system based on performances in their domestic leagues and that’s why we implemented it.

The UEFA Coefficients System currently has the following leagues in the top 7 and I’ll mention them here in no particular order. They are:

Someone might ask how we went about the selection of the teams for this standing. Here is all you need to know about Footiehound’s best team in Europe and the best clubs in the world on current form ranking:

You’ll get access to the most consistent clubs in a season based on performances in their domestic leagues and this is welcome information.

There’ll be some changes in the future as the coefficients system is updated as clubs may be added or removed or even a particular league. It all depends on their placement in the UEFA Coefficients System.