Russia is one of the footballing nations that attained some successes in the past although, in recent times, they are just trying to get by competitively with no major laurel in decades. It can be recalled that they won the Euros as the Soviet Union in 1960.

They’ve also had some exciting and top-class players in the past and in recent times, and we have done a compilation of players that can pass for the best Russian footballers of all time.

Russia has provided a good number of world-class professional players that have played across Europe and we will be looking at the best Russian soccer players ever below. 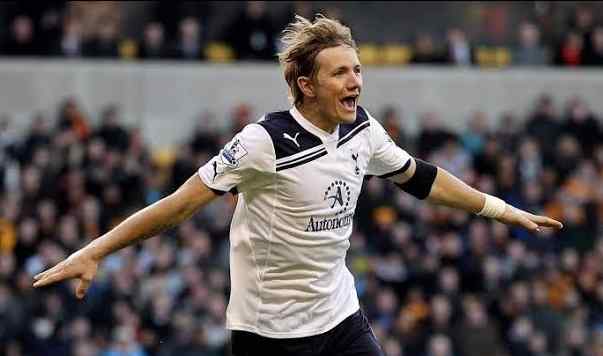 Roman Pavlyuchenko had a great time in the Premier League with Tottenham Hotspur. He played as a center-forward for the club. In one of the games between England and Russia in Euro 2008, Roman came to the rescue with two great goals putting the Russians ahead.

The 32-year-old Roman netted 3 goals in the tournament that saw the Russians reach the semi-finals. Looking back at other players, only two players have been able to make such an impact.

He is presently 40 years old and presently plays as a striker for FC Znamya Noginsk. 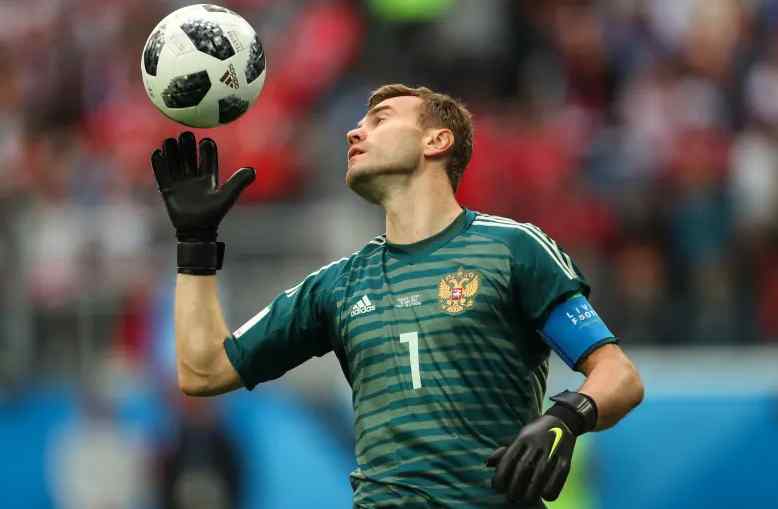 Igor Akinfeev has had a great football career with CSKA Moscow. The goalkeeper has made a name for himself and is worthy of being amongst the best Russian soccer players of all time.

The goalkeeper has won six Russian Premier League titles with CSKA Moscow and has helped his club win the Russian Cup six consecutive times as well as the UEFA Cup in the 2004/05 season amongst others.

Igor is a talented goalkeeper and had one of his greatest goalkeeping at 19. At 19, Igor helped CSKA to defeat Sporting Lisbon when they played away and won the 2005 UEFA Cup. His reflex skills saw him secure the net from Lisbon strikers. 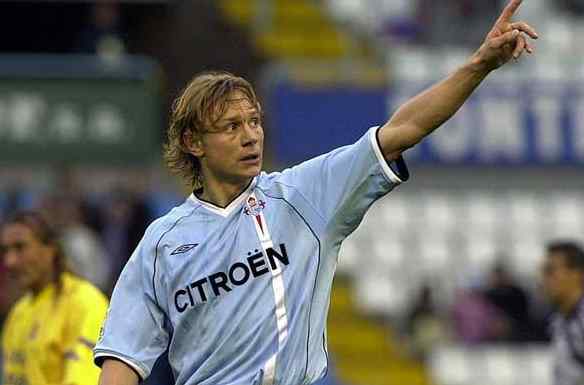 Valeri Karpin was a great footballer with the Russian National team. He was the striker who scored the first goal immediately after the Soviet Union breakup.

Russia won against Mexico 2:0 in the 1992 game where he netted the first goal. Karpin also represented Russia in World Cup where they managed to reach the group stage.

He later played with Spartak Moscow where he won two titles. The professional footballer also played for Real Sociedad, Celta Vigo, and Valencia.

Streltsov had a tough time in his football career. He was accused of rape in 1958 and was persuaded to admit the accusation. They also claimed if he accepts the rape accusation, he would feature in the Soviet Union team for the upcoming World Cup.

He was later sentenced to 12 years in prison and forced labor. He suffered from inmates and was admitted to the hospital for some months. He was granted bail five years into the sentence.

However, at his footballing career level, he was an all-time scorer with the Soviet Union. He came 4th on the list of top goal scorers during the Soviet Era. In the 1956 Olympic Games in Australia, he won a gold medal for his nation.

Albert then was revered as the greatest defender the Red Army had. He was the captain of his national team for 62 appearances. And he made 92 appearances for the Soviet Union.

Though he couldn’t help his nation win a trophy in international games, his performances gained him a reputation in the UEFA listings.

His name was amongst those listed in UEFA’s Team of the Tournament in the 1964 and 1968 European Championships.

READ: The 10 best football commentators of all time 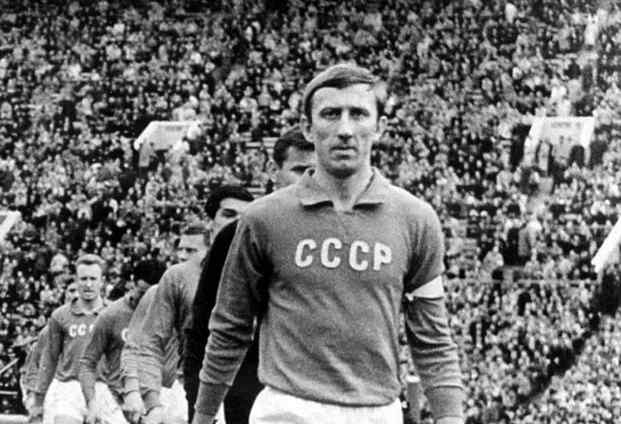 When talking about controversial players, Igor Netto will never be forgotten in football history. Meanwhile, thanks to VAR in our games in recent times.

During the 1962 World Cup game with Uruguay, the Soviet Union was awarded a goal that the players saw that passed through side-netting.

Instead of Netto rejoicing about the free-awarded goal, he convinced the referee that the goal shouldn’t be awarded and the goal was canceled.

He won a gold medal at the 1956 Olympic Games. And he made prominent appearances in the European Championships. He played all his football career games with Spartak Moscow. And he was also honored with three Soviet Cups and Five Soviet Championships. 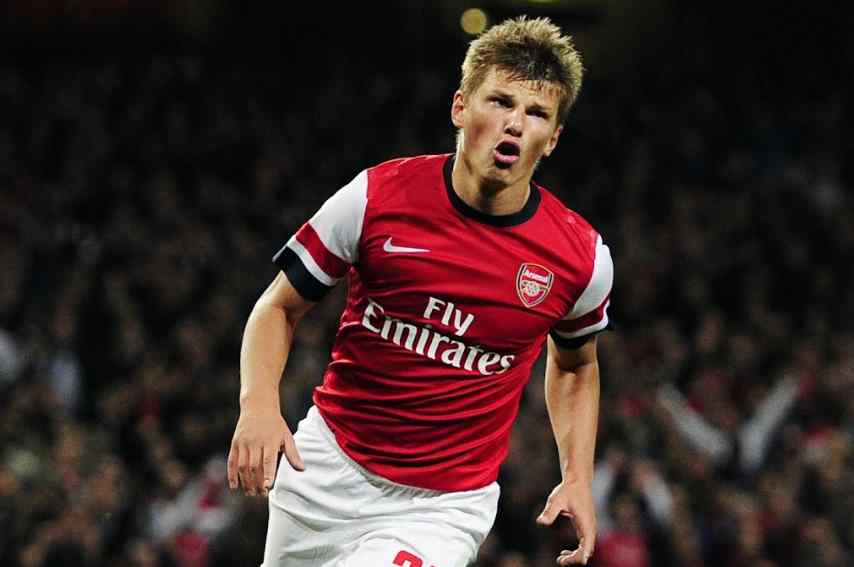 Andrey Arshavin came into the limelight during his time with Zenit before he was acquired by Premier League giants Arsenal.

He had his late impression in Arsenal in 2009 when he scored all 4:4 goals to draw against Liverpool. That won him the UEFA award for the first player to score 4 away goals since 1946.

He made a further impression in his career after returning from suspension. He dislodged Sweden in his first appearance after suspension and against Holland in the quarter-finals.

Dasayev had set his name as the best football goalkeeper after Lev Yashin. He was included in the list of the 125 greatest living footballers in 2004. He played out most of his career with Spartak Moscow.

He helped win two Soviet Championships. In the 1988 European Championship tournament, Dasayey helped the Soviet Union make it to the Final.

READ: The 16 Best American Soccer Players In Europe In 2022

He scored the goal that saw the Soviet Union win the 1960 title and scored more goals during the 1962 World Cup.

Valentin exhausted his career with Torpedo Moscow where he helped them win a few trophies. Valentin lost the battle with Alzheimer’s disease and died a few days before his 77th birthday. 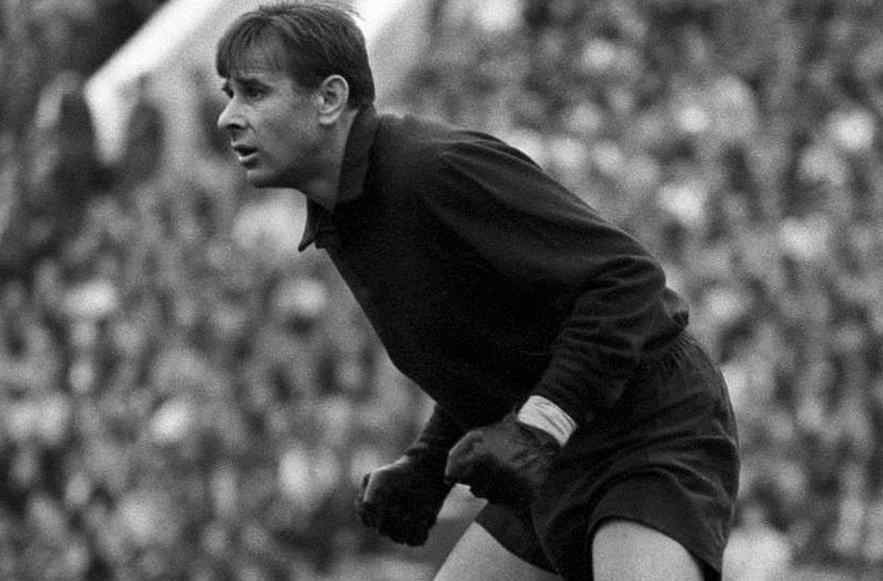 Lev Yashin was named the best goalkeeper in the World Cup tournament award. He made it to be amongst the World Cup’s All-Star Team of all time. In FIFA naming, he was honored with the FIFA Dream Team listings.

He won the 1963 Ballon d’Or and to date, Yashin is the only goalkeeper who has attained this feat. He played with Dynamo Moscow where he won five Soviet Top League titles.

At Dynamo Moscow, he won three Soviet Cups. He played most of his career at Dynamo Moscow and died of stomach cancer in 1990. In hockey, he helped his ice hockey team win the 1953 Soviet Cup.

READ: Top 15 Players With The Most Free Kick Goals

If you feel that any notable Russian footballer was left out, you can reach out to us. Meanwhile, do well to leverage the information provided in this article.