The round leather game of soccer is arguably the most popular sport in the world but is yet to attain such height of popularity in the United States.

This is due to many reasons and one of them is insufficient information regarding the basics of the sport. The sport is very entertaining but comprises some aspects that not many soccer fans are prepared to get abreast with despite the entertainment they derive from the sport regularly.

This includes basic information on the rules of the game and these are technicalities of the game that soccer fans should know of. For instance, a good number of soccer fans in America struggle with details on the size of the soccer field where these games are played.

Therefore, we’ve come up with this article that sheds light on the comparison of a soccer field size to the size of a football field.

Is a soccer field the same as a football field?

In America, soccer and football (American Football) are different games although they have some similarities.

A notable one is the shape of the field where the action takes place. Little wonder why many soccer and football fans always wonder if the two fields are the same and if they can be swapped in terms of usage.

However, a soccer field is different from a football field and none of the fields can be used to cover both sports, regardless of the similarities that exist between the two.

Football fields and soccer fields have a rectangular shape resulting in the width of both fields being shorter than their length.

In the game of soccer, the dimensions can vary as long as the shape of the field is not altered and remains unchanged. The sideline also referred to as the touchline should also be longer than the goal line in soccer.

However, in football, the rectangular shape is a must although the dimensions can’t be changed from the ones that have been stipulated.

The surface of the field is another element that is common in soccer and football field. It should be known that both sports can be played on an artificial or natural surface or turf.

The markings on a football and soccer pitch are the conspicuous elements that will help you in differentiating them. It’s a no-brainer that natural and artificial surfaces in soccer and football are green while the markings on the field are white. However, as the principles of both games differ, the markings also differ.

READ: The 11 best soccer streaming apps to use

A soccer field has the following markings: 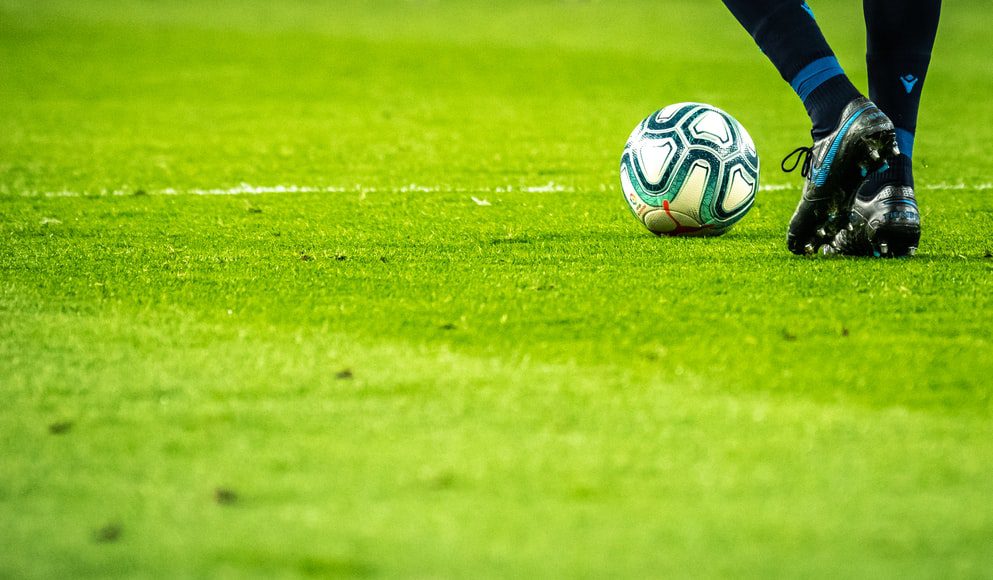 The football field has the following markings: 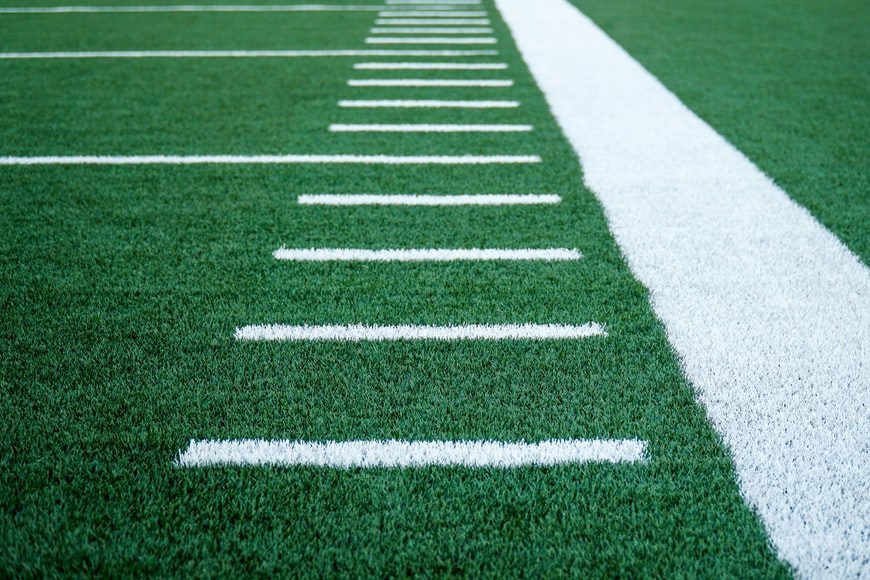 Based on the details above, it is obvious that the only thing that a soccer and football field have in common with regard to markings on their surfaces is the color of the markings. They have different markings and this makes it impossible for the fields to be used interchangeably for both sports.

Both sports make use of a goalpost and this is another element that they have in common.

Regardless, the presence of goalposts in soccer and football shouldn’t be used as a yardstick to consider the fields to be similar or the same. This is because there is a notable difference between the goalposts of both sports. Find their characteristics below:

The actual dimension of the soccer field and football field is one ideal factor to be taken into consideration when differentiating them. FIFA has specified that the field in play in soccer must be at least 100 years or 300 feet long. This converts to 90 meters for folks in Europe.

A soccer field’s maximum length is just 130 yards or 390 feet and this measurement translates to 120 meters. Speaking about the width of a soccer field, its minimum size is set at 150 feet or 50 yards.

The maximum width of a soccer field should be 100 yards to 300 feet and this translates to 90 meters. However, in international soccer matches, the measurement rules vary. 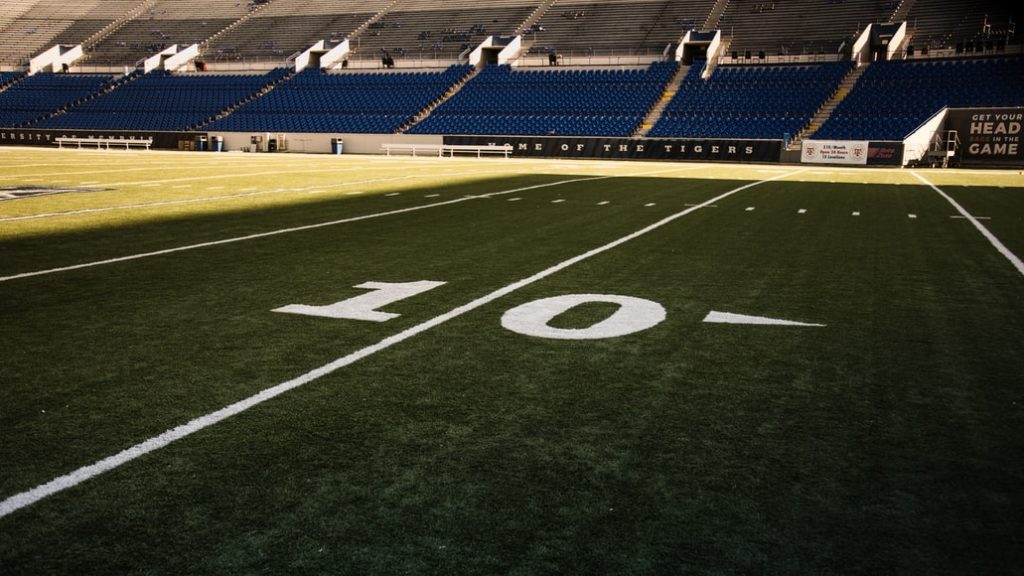 We’re done with soccer field dimensions, we can now proceed to football field measurements. As stipulated by the NFL, football is played on a rectangular field that is 120 yards or 360 feet long and 52 1/3 yards or 169 feet wide.

It has been noted that all football fields come with a 10-yard zone on each end of the field resulting in the field of play being 100 yards or 300 feet.

Although the length and width of a soccer field can vary, in football, there are no minimum and maximum dimensions that teams and those building the fields can select. Football fields come with a strict measurement policy that must be adhered to.

Football field vs Soccer field – Which is longer?

Let’s take into consideration a popular soccer league. In the Premier League, a typical field is 115 yards long and 74 yards wide.

Except for the end zones, which add 10 yards to each side of the football field, soccer fields are longer. If we also consider the maximum length and width measurements stipulated by FIFA, a soccer field is also longer than a football field.

READ: What Is Aggregate In Soccer? Full Guide

Regardless, these measurements are complicated in practice. A soccer field is built to satisfy the maximum requirements, and based on the specifications noted earlier with regard to the Premier League, a soccer field is no longer than a football field.

This question is a complicated one to answer as it has been a source of endless arguments and confusion among fans of both games. Therefore, it boils down to what you want and your personal decision.

FIFA chooses the typical European field which is 115 yards long and 74 yards as the optimal size for a soccer pitch. The fact that soccer fields are allowed to have variable dimensions means that soccer field sizes vary across the world and are built differently.

Although the aforementioned size is stipulated by FIFA, you’ll find out that in the Premier League, some soccer fields exceed or go down a few yards.

In the United States, MLS standards stipulate that a soccer field can’t be less than 110 yards in length and 70 yards in width. In Major League Soccer, some soccer fields are 10 yards longer and wider than the required minimum 120×80 yards size. A notable example is the Yankee Stadium in New York.

READ: How To Draw A Soccer Ball (Guide)

After these explanations, we can agree that FIFA fields share the same measurement and requirements as MLS fields. However, National League games can be played on a smaller pitch than what the MLS requires based on FIFA rules.

Can soccer be played on a football field?

Both games have differences that make this scenario hardly possible. Regardless, a significant number of high schools in the United States use the fields interchangeably.

Due to a lack of funding, it comes as no surprise that schools in the US play soccer on their football fields. This is a no-brainer as a standard football field meets the minimum requirements that FIFA has set for a soccer field.

Regardless, those who have a soccer-specific field should use it instead of a football field as it offers more benefits. The fact that you can become accustomed to the size of the soccer field, the feel of the playing surface, as well as the speed of the ball, should be embraced as these can not be replicated on a field that is built for a different sport.

Therefore, although schools in the US can opt to play soccer on a football field, the act is only acceptable at an amateur level. Football is very popular in the US and schools easily invest in building football fields than soccer fields. This is the norm in the US, regardless, having where to practice is better than having none.