It is no more news that Italian manager Antonio Conte is one of the elite managers when it comes to football in Europe and this can be seen in his achievements at the various clubs he has managed thus far.

The Italian has managed some of the best clubs in Europe such as Juventus, Inter Milan, Chelsea, and presently Tottenham Hotspur in the Premier League.

It is a no-brainer that Antonio Conte is one of the most prominent coaches in football. As a manager, he has won some important trophies, including the Premier League, the Italian Série A, the FA Cup, and the Supercoppa Italiana, among other titles.

READ: What Is A Brace In Soccer? (Full Guide)

The only significant downside in his managerial career is his lack of impetus and achievement in the UEFA Champions League and other elite European club football competitions.

How Many Trophies Has Antonio Conte Won?

Antonio Conte has been victorious in 9 major competitions thus far, taking home four titles in the Italian Serie A, one in the Serie B, two in the Supercoppa Italiana, one in the Premier League, and one in the FA Cup.

Although he has been limited in European club competitions, he guided Inter Milan to a runner-up finish in the 2019–20 UEFA Europa League. Find below some of Antonio Conte’s managerial records and laurels won. 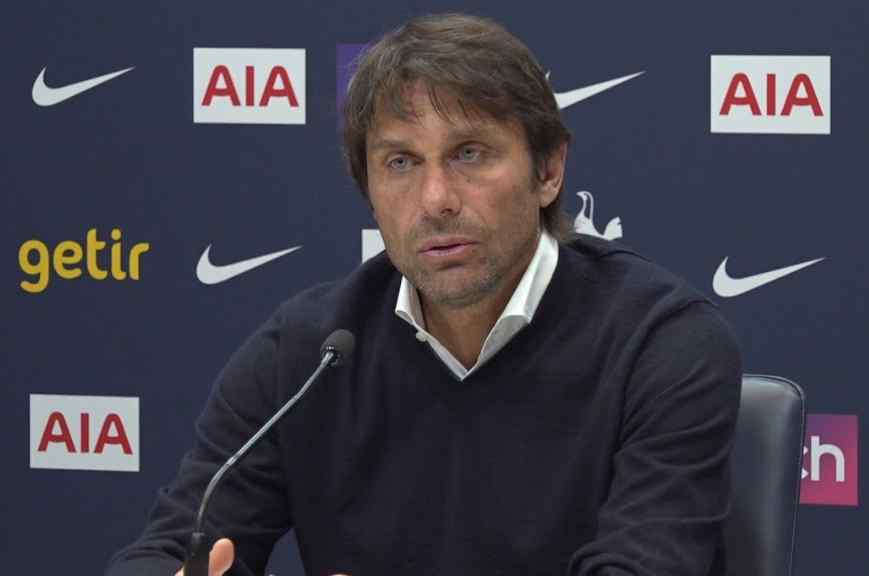 In 2005, Conte began his career in soccer management by accepting a position as an assistant at Siena. Before moving on to a new position with Italian Serie B club Arezzo, he only remained in his previous role for a single year.

READ: What Is Relegation In Soccer? – Full Guide

After leaving Siena, Conte accepted a position as head coach at Arezzo, where he played the role of a manager for two seasons. As a newbie in coaching, he showed some promise but was sacked after a string of unsuccessful performances.

Bari were on a poor run of form before Conte was appointed. After his appointment, the side experienced a resurgence. During his first season as manager, he led the club away from the relegation zone and ensured that finished the season in a mid-table position.

The club elected to keep hold of his services due to his successes during his time as manager. His performances as Bari manager caught the eye of some of the big boys in the Serie A, and it wouldn’t be long before he started rolling with the big boys in club management.

As mentioned previously, he caught the eyes of the decent sides in the Serie A and Atalanta came calling the following season. Conte was chosen as the replacement for Angelo Gregucci by the Atalanta hierarchy.

He started strongly with the Serie A outfit but the fans of the club didn’t welcome his playing style as it was described as lackluster. This eventually led to his departure from the Bergamo-based outfit.

Antonio Contre returned to Siena where he started his management career and was hired to help them gain promotion to Serie A. He succeeded in the quest and ensured their promotion ahead of the 2011/12 season.

I guess Conte was ecstatic when the Old Ladies of Italian football started wooing him. At the time, this was his biggest managerial offer yet.

The Italian, who had previously won the Série B championship and led two clubs from lower divisions to top-flight status, was already saddled with the responsibility of bringing the club back to its glory days.

It can be recalled that the majority of his playing career was spent with “The Old Lady,” where he won 14 major trophies, including five Série A titles, one Coppa Italia title, four Supercoppa Italiana titles, one Champions League title, one UEFA Cup title, one Intercontinental Cup title, and one UEFA Intertoto Cup title.

Conte succeeded in building a new team with a new philosophy and style of play despite the high expectations that were placed on him.

This new team featured some of the best players in the world, including the likes of Arturo Vidal, Leonardo Boinucci, Andrea Pirlo, Giorgio Chiellini, and Andrea Barzagli, amongst others.

His first season as manager of Juventus was a successful one as he won the Seria A title but failed to win the Coppa Iylaue after losing to Napoli in the finals of the competition.

Conte’s Juventus side owned the elite club football competition in Italy as they won the Serie A title the following year. The major downside of his Juventus side manifested in their European exertions as they were eliminated from the UEFA Champions League by eventual winners Bayern Munich.

As pointed out, his side fell short on the European stage and it can be recalled that they were knocked out in the semifinal of the 2013/14 Europa League by Portuguese giants Benfica.

He landed the role of the coach of the Azzurri and helped them compete in the Euro 2o016 tournament. However, he stepped down after they failed to enjoy success at the Euros. It can be recalled that began his job as Italy’s coach on a strong note with more than 10 wins in a row.

It can be agreed that Antonio Conte eventually conquered Serie A during his time with Juventus. Therefore, an opportunity outside the shores of Italy beckoned on the Italian and it was in the United Kingdom with Chelsea in the Premier League.

The Blues were on the lookout for a top-class manager with an impressive CV with laurels to his name and they were going to get it in the Italian manager.

He was named Chelsea boss in the 2016/17 season and had an impressive start to life at Stamford Bridge and in the Premier League. He began his Chelsea job with 13 consecutive league victories and the Blues became heavy favorites for the Premier League title

He eventually won the Premier League with Chelsea in his debut season in England but struggled with the Blues the following season as it appeared that he had been found out by opposition teams and managers.

Regardless, despite struggling in the Premier League in his second season, he won the FA Cup with Chelsea after beating Manchester United 1 nil in the final. The Blues finished out of the top 4 and he was fired at the end of the season.

Inter Milan were just there before the arrival of Antonio Conte and had been enduring difficult times. The Italian boss was appointed to revitalize the Nerazzurri and he did it successfully.

In his first season, they finished second on the log and earned a return to the UEFA Champions League. The following season, he led Inter to the Serie A title, ending Juventus’ Serie A winning streak that lasted for a whopping 9 years.

However, he left before the commencement of the third season after the successes he had recorded with them due to some issues with the hierarchy of the club.

He ensured that they finished in the top 4 and made it to the UEFA Champions League for the ongoing 2022/23 season.

He has also led them to the knockout stages of the season’s UEFA Champions League amid criticisms about his side’s conservative and defensive style of play. 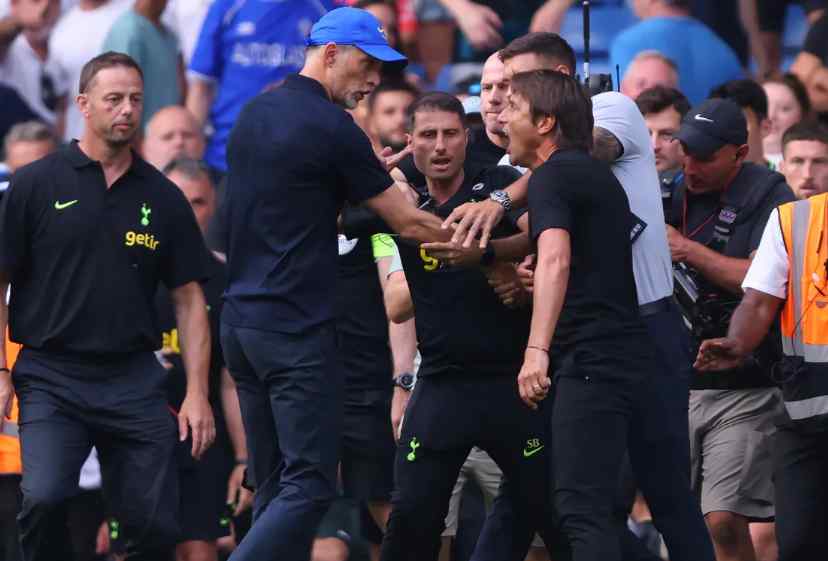 Antonio Conte is one of those managers who are enthusiasts of the 3-5-2 formation or any formation that has to do with 3 typical center backs and two wing backs.

Conte is also known to be very dramatic on the touchline and hardly passes on the chance to show his animation in celebrating when his team scores. It can be recalled that his dramatic and energetic goal celebration caused a rift with Jose Mourinho during his time in the Premier League.

It can also be recalled that Antonio Conte had an altercation with former Chelsea manager Thomas Tuchel in the opening stages of the 2022/23 season after Tottenham scored a late goal to snatch 1 point against the Blues at Stamford Bridge in the Premier League.

It appears that Antonio Conte is not the calmest of managers and this was shown in how he forced Diego Costa out of Chelsea and in some of his pre-match and post-match rants.

He prioritizes defense over attack for his teams and his sides hardly dominate possession regardless of the quality of the opposition, They prefer to sit back, soak pressure, and hit on the counter via the flanks.

This article has thrown more light on the football management profile of Antonio Conte with emphasis on the teams he has coached as well as the achievements and laurels that he landed. If you are on the lookout for teams coached by Antonio Conte in his managerial carer thus far, then this article will answer all your questions.