Just like any other continent with continental leagues or tournaments, Africa isn’t lagging in that regard. The CAF Champions League is an organized football event that is anchored, managed, and regulated by Africa’s football governing body; The Confederation of African Football (CAF).

The CAF Champions League is an annual football tournament created for top clubs in different countries in the continent to participate. It’s contested amongst 68 top clubs from 56 federations who’re either winner of their respective leagues or find their way to the competition through qualification.

Since the tournament was inaugurated 57 years ago, several winners have emerged and most of the Champions are from North Africa. Their consistency is a sign of dominance over the rest of the clubs on the continent.

This list will elucidate the achievements of the top 5 clubs in the continent, their country, and the number of CAF Champions Leagues they’ve accrued since 1964 when the competition was launched.

READ: THE BEST GOALKEEPERS IN THE WORLD IN 2021

The Egyptian powerhouse is above every one of their contemporaries by miles because of the plethora of trophies they have in their cabinet. In the continent alone, they’ve won 10 CAF Champions Leagues.

They’ve doubled the figure of those in second place; Zamalek and TP Mazembe who have won 5 each.

Al Ahly is the most successful football club or should I say the best football club in Africa. Their relentless dominance is class apart both in their domestic scenes and on the continental stage.

Their success stories could be likened to that of Spanish giants Real Madrid whose dominance in the UEFA Champions League is monstrous, the Spanish giants have won it 13 times. 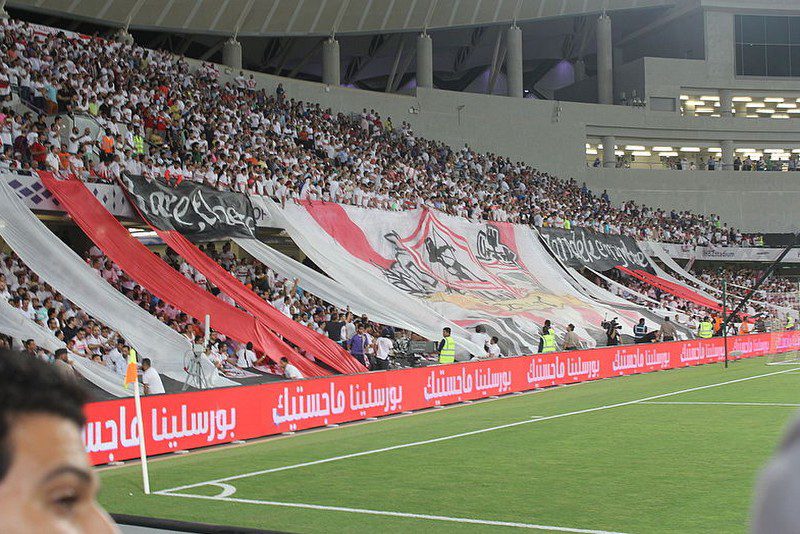 Zamalek are not as successful as their rival AlAhly both domestically and on the continental level but they’re one of the most successful football sides in Egypt and by extension a household name in the continent.

Whenever group stages are drawn for the CAF Champions League, Zamalek are usually considered one of the favorite sides in the competition. The White Knights are a very fearful side when it comes to continental tournaments.

They’ve won the competition five times. Zamalek and Al Ahly have a combined 15 CAF Champions league in their cabinet. This is evidence that their dominance at the continental front isn’t a fluke.

READ: THE BEST CLUBS IN EUROPE ON POINTS PER GAME BASIS

Al Ahly and Zamalek are two Egyptian club sides whose rivalry could be compared to any rival clubs in the world. They are very fervent with their unmatched desires. Their dominance in the continent trickles down to their national team dominance over the years.

The Central African side deserves an appraisal for holding their own in the continent. Without coloring it, ‘Les Corbeaux’ ae the third best club in Africa, thanks to their exploits on the continent, having clinched the coveted laurel five times.

Despite North African dominance in the competition, TP Mazembe held their own.

TP Mazembe are considered one of the wealthiest football sides in Africa because of their rich Chairman, Moise Katumbi Chapwe whose support for the club has made the side a formidable one over in recent times.

Esperance’s continental back-to-back triumph in the 2017-18 and 2018-19 seasons proved to the world that they’re a force to reckon with when talking about African football.

The Tunisian side has shown to the world that, being a phenomenal side requires a display of consistency and considerable effort to assert dominance which they’ve shown in recent years in the competition.

For a side to be a winner in any competition isn’t a small feat, but for a club to do it back to back in a major competition like the CAF Champions Leagues is not a small achievement.

This further buttresses and gives credence to how clubs from Northern parts of the African region under the umbrella of UNAF have recorded the most number of CAF Champions Leagues titles. The Blood and Gold have won the most coveted cup four times.

Raja Club Athletic is a known club with an affinity for winning. Their dominance isn’t a secret domestically and they are also one of the most dreaded sides on the continental front.

Raja’s competitive mojo hinges on the caliber of players they often parade. Raja’s triumph in the CAF Confederations Cup last time made it the second time they’ve won it, having won the CAF Champions league thrice in the past.

READ: The top 5 footballers who played for one club throughout their career

They are one of the sides to watch out for in this year’s CAF Champions League campaign.

Meanwhile, there are other top clubs in Africa that did not make the top 5, but it doesn’t mean that they aren’t worthy of recognition. Some honorable mentions who have won it three and two times are: